How to price Online products to maximize sales— 10 strategies. 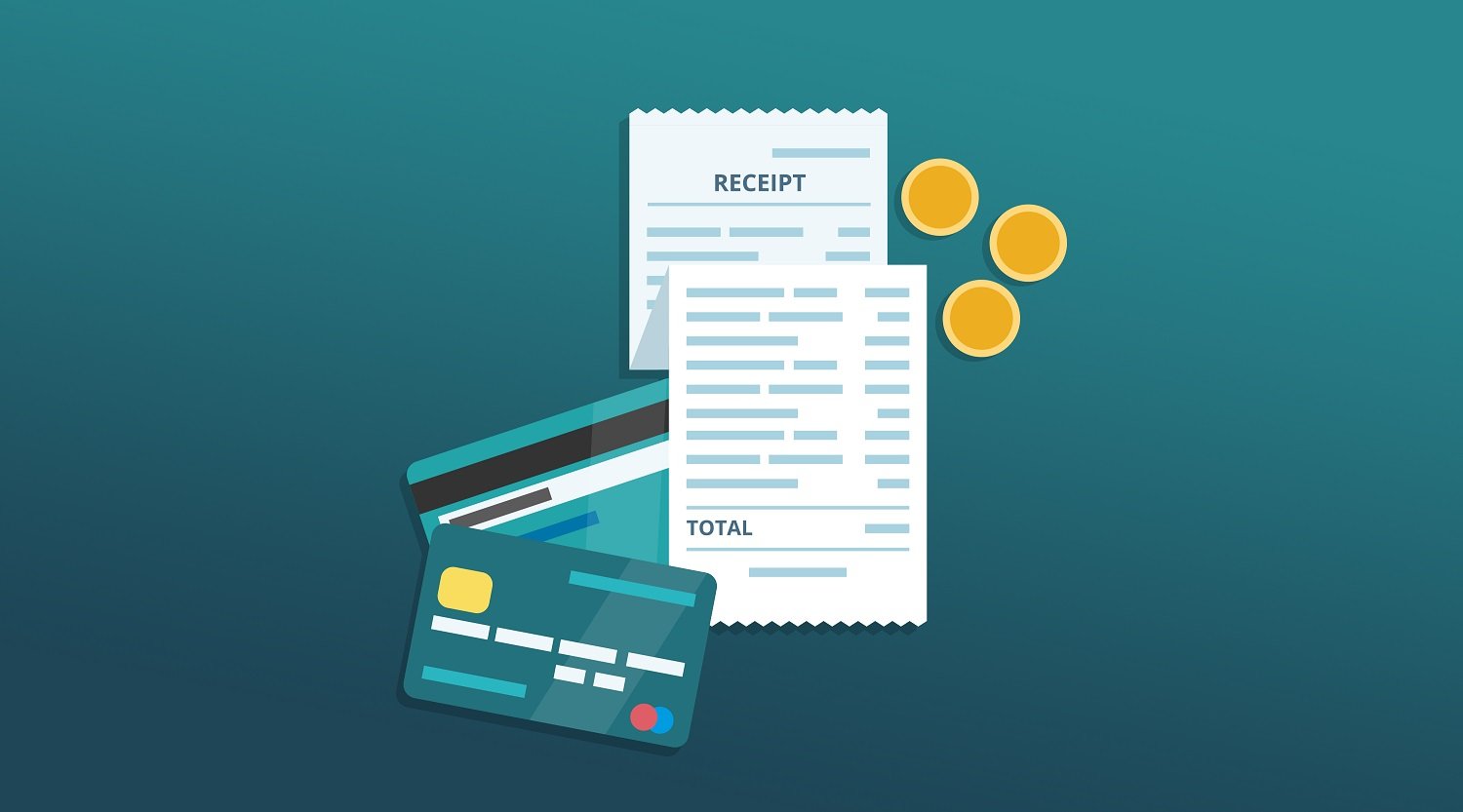 Why isn’t a product selling? What is the most ideal price? Pricing can help you unlock growth in your eCommerce business. We’ve put together 10 tips on how to use pricing to your advantage.

When you price your products too similar you are putting your store in danger.

Recent studies have shown that pricing products too similar to one another can cause the consumer to not make a purchase at all.

One study conducted at Yale University shows that if two similar products are priced the same, consumers are much less likely to buy either one, than if their prices are slightly different.

In another study that was conducted, participants were given the choice of buying two different packs of gum, priced the same at 63 cents, or pass and keep their money. Only 44% of participants chose to buy a pack of gum.

The same experiment was carried out on a different group, but this time the packs of gum were priced at 62 cents and 64 cents. This time an astounding 77% chose to buy a pack of gum!

Takeaway: Start off by running some small tests! For example, if you have two sweaters that are similar such as one with a v-neck and one with a crew-neck, differentiate the price between them very slightly and test what happens.

2. Psychological Pricing and the Number 9

Walk into a store and you will see 9’s everywhere, why? Because the number 9 is a powerful tool when pricing.

You may not think that pricing an item at $30 instead of $29 would make much a difference, but time and time again tests have proven that it makes a HUGE impact.

According to research by Quantitive Marketing and Economics, if you take two of the exact same products, but price one higher and ending in 9, the higher-priced item will outsell the same product that was priced lower!

A study conducted at the University of Chicago and MIT tested 3 prices for the exact same article of clothing. The different price points were $34, $39 and $44. Can you guess which price point had the best sales? The $39 price point worked so well that the sales volume using this price alone outdid sales for both 34 and 44 combined!

Another study was tested by the University of Chicago. They experimented at a local grocery store. Margarine started at 89 cents. When the grocery store reduced the price to 71 cents, sales improved 65%. When they further reduced it by two more pennies to 69 cents, sales went up an astounding 222%!

Another psychological effect is that we read from left to right. Therefore if we see an item priced at $7.99, we are more likely to say that the price is 7 instead of 8. This is often referred to as the “Left Digit Effect”

Takeaway: Price your products ending in 9. Experiment with increasing the price to the nearest 9. In other cases, you can try reducing it slightly to have it end in a 9.

People love to compare prices when shopping for products and having an anchor price allows them to do that.

For example, you are looking at two different shirts, they both look similar and feel similar but one is $75 and one is $150. Immediately you come to the conclusion that $75 is quite cheap compared to the shirt that is $150.

Stores know this and they know the best way to sell the still quite pricey t-shirt at $75 is to put it by an even more expensive shirt to trick the consumer into thinking they are getting a good deal.

One common tactic you will see with price anchoring is commonly found on pricing pages for online services.

The higher and lower options function as anchor prices, pushing you towards the middle option.

Takeaway: If you’re having trouble selling a certain product, try out price anchoring and see if it makes a difference. Place it beside similar products that are significantly higher, and lower in price and measure the result.

In his book, Don’t Just Roll The Dice, Neil Davidson writes about price perceptions and says this:

You need to provide potential customers with a reason that justifies your higher prices because perception plays a major role in influencing consumer behavior.

There was an interesting pricing experiment conducted by Richard Thaler involving two friends, a beach, and beer. Two different scenarios were tested:

In the first one, the friend was going to get beer from the only place nearby, a local run-down grocery store.

In the second scenario, he was going to get beer from the bar of a fancy resort hotel. The beer was to be consumed on the beach, so the hotel’s fancy atmosphere was irrelevant.

Thaler found that invariably subjects would pay more if they are told that the beer is being purchased from an exclusive hotel rather than from a rundown grocery.

Why are people willing to pay more for the same thing? It’s all about perception.

Takeaway: Find ways to make buying from you store feel exclusive (and follow-through).

In the Journal of Consumer Psychology, researchers found that prices containing more syllables seemed drastically higher to consumers. The more simple a price sounds, the less expensive it feels.

A study was conducted with these three exact same prices: $1,499.00, $1,499 and $1499. Although all three prices are exactly the same, the extra syllables and commas make the first two prices sound and feel more expensive.

Not only does this happen when spoken out loud but also when read to ones self.

The theory is that when you take away the dollar sign, the emphasis is no longer on the price but rather the product.

When you run a sale do you show the before price? It is very frustrating to consumers when they don’t get to see what kind of a bargain they are getting, even if it’s a small one.

When you show the original price, you provide an anchor that acts as the true value of the item in the buyer's mind. This way the buyer perceives the new price as a win increasing the likelihood of making a purchase.

Takeaway: When discounting products, always show the before price and emphasize the sale price.

Your eCommerce platform should allow you to simply cross out the old price and display the sale price.

You should also be able to show the customer the dollar amount they are saving or the percent.

7. Separate Base price from taxes and other fees.

The informal argument suggests that consumers underestimate the total price of the item as they focus on the list price as opposed to the total out of pocket price when shipping and handling are added to it.

In a similar example, it's not uncommon to find low priced Airbnb apartments with fairly high cleaning fees. Searchers looking for low priced places to stay will be attracted to these.

Airbnb allows house owners to add extra fees like cleaning fees to the total cost charged to the users. These extra fees are usually overlooked by most Airbnb users as they fixated on the apartment price.

This clever trick does increase bookings as bookers assume that these fees are fairly standard across all properties.

Font size is relative and knowing the font size to use for pricing does beg for a reference to use as a yardstick.

Studies by Keith S. Coulter at Clark University and Robin A. Coulter University of Connecticut revealed that physical size directly affects the judgment on the size displayed in analog format.

The physical size is however measured relative to the surrounding elements. Therefore it's not about the font size you use for your prices, but the perceived size of the price relative to its area placement.

9. Use words that are associated with a small magnitude.

Participants were asked to rate the degree to which the high or low attribute associated
with the sale price influenced their value assessments on a 7-point scale ranging from 1 (not at all) to 7 (very much).

Results: There was no significant difference in the importance attributed to the product between low friction and high performance however participants found the price more acceptable when the ad used low friction for its wording.

Takeaway: For wording around your price, choose words that are in harmony with low magnitude e.g small, low, little e.t.c

10. Create a high number anchor before exposing your price.

In Mark Twain’s novel Tom Sawyer, Tom is faced with the burden of whitewashing his aunt’s fence in full view of his friends who will pass by shortly. Tom is aware of scornful laughter about to come his way from his peers. He counters this by working the paintbrush with enthusiasm, presenting the tedious chore as a rare opportunity.

Tom’s friends wind up not only paying for the privilege of taking their turn at the fence but deriving real pleasure from the task!

Tom had discovered something about human nature that is used by sales Gurus today.

Tom Sawyer's story demonstrates a phenomenon known as “coherent arbitrariness,” that shows that valuations of goods and experiences have a large arbitrary component

In the 2006 Journal of Economic Behavior and Organization vol 2 it was illustrated that Mark Twain's notion about human nature are not far from the truth.

Experiments show that the initial value people place on a product is largely random based on personal whims rather than reason or a system, yet, after the initial valuation has been made, they are able to provide subsequent valuations that are logically based on the first valuation.

In one study, students were asked if they would buy a product for a price obtained by converting the last two digits of their social security number into a dollar figure e.g 34 becomes $34.

After getting their yes/no responses, they were reminded as a control that the social security no. was a random quantity having no bearing on the actual price?

The students were then asked how much they were willing to pay for the product.

Application: When people have no concept of what the value of a product is, exposing them to any random high number creates a subconscious anchor point for the first valuation. When you then present the actual price, it will seem much lower. This random number doesn't have to be a price, it can be a plain figure.

Takeaway: Expose your customers to a numerical anchor to prepare them for your actual price.

Ayebare is the Chief Digital Strategists and co-founder Campaign.
He has more than 10 years of experience in the digital field.

He has worked with several fortune 500 companies worldwide in various Engineering and Website strategy disciplines.